Who among us doesn’t love the idea of Robin Hood – a man of legend that robbed from the rich to save the poor?  I have seen every Robin Hood movie ever made I think (not really – there are like at least 100, probably more).   For me it started with Errol Flynn, and then of course Walt Disney’s version of Robin Hood with the sly fox, Kevin Costner and most recently Russell Crowe.  Now I am now hooked on the BBC show Robin Hood, which of course I am watching in reruns since it was cancelled three or four years ago.

My boys are equally enamored with Robin Hood and when I offered them the chance to go to the Robin Hood Festival in Sherwood Forest last week, they were so incredibly excited.  But, the deal was – if we went during the week, we would have to go back over the weekend with Daddy.  Oh darn – two chances to go and play in the woods and dream of archery, sword fighting, and falconry  – how could I fathom torturing my poor boys like that! (insert sarcasm and sneer here).

So we drove from home to Edwinstowe, the village closest to Sherwood Forest in Nottinghamshire for this annual event that happens each August in the fabled home of the true Robin Hood.

I actually got goosebumps when we first drove into Sherwood Forest.  I never in a million years thought I, or any member of my family, would be able to visit this beautiful place!  Nottinghamshire and the Sherwood Forest Rangers have done a remarkable job maintaining the integrity of this forest, while still making the trails wide enough and smooth enough that you could visit with wheelchairs or bicycles or prams (aka strollers for my American friends).

Below is few of the pictures we took.  We went on Wednesday and Saturday and didn’t get to see even an 1/8th of the events and stuff they had going on.  They had a tournament on both days where Robin Hood and his merry men battled the Sheriff of Nottingham and his not so merry men.  The boys LOVED that part and we got to see some sword fighting, tournament type events, jousting between Robin and the Sheriff, and a good old fashioned melee at the end where the only one left standing was, you guessed it Robin Hood! 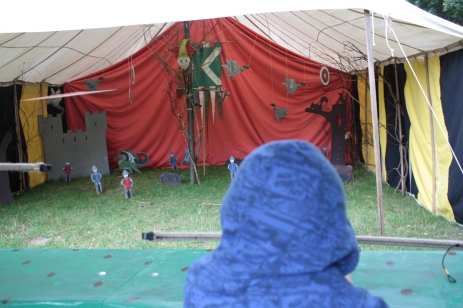 More music for your journey 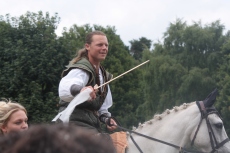 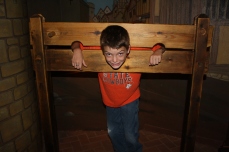 Caught by the Sheriff! 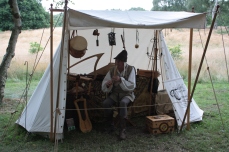 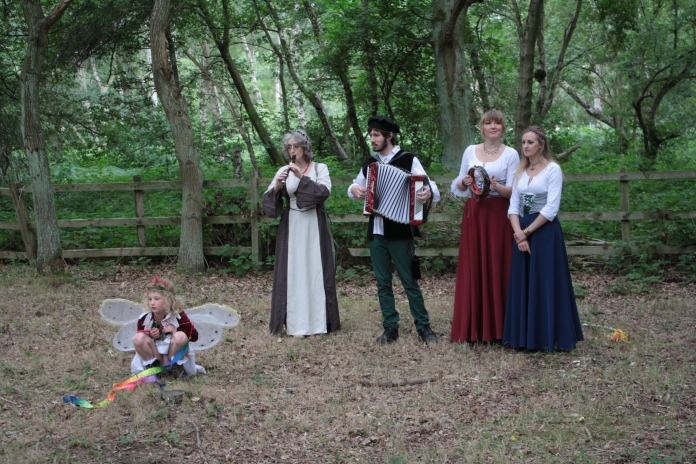 This event happens every August, so if you are into Robin Hood or renaissance fairs or any of that kind of stuff, it is well worth it to book a trip to the UK and put this on your itinerary!  Here is a link to the website if you want to check it out.

I think the reason I have this fascination and love affair with the legend of Robin Hood is that I want to be more like he was.  Robin Hood’s ideals of righting wrongs and fighting injustice, taking care of the poor, breaking the corrupt is a story that was first modeled for us all in the actions of Jesus.  In my life I strive to be more like Jesus every day, so maybe I am more like Robin Hood, too.  Maybe it is a stretch to see a parallel between them, but for those of you that know me, you understand my quirky ways and ideas.  What do you think? Who is your Robin Hood?